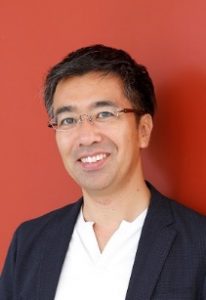 Norichika Kanie is a professor at the Graduate School of Media Governance, Keio University, Japan, and a senior research fellow at United Nations University Institute for the Advanced Study of Sustainability. Before joining Keio, he worked at Tokyo Institute of Technology and the University of Kitakyushu. He was also a Marie Curie Incoming International Fellow of the European Commission. He serves on various committees and steering groups, including: scientific steering committee of the Earth System Governance Project; co-chair of Future Earth SDG Knowledge Action Network; SDGs Promotion Round-Table in the SDGs Promotion Headquarters, the Government of Japan; and Promotion of Overcoming Population Decline and Vitalizing Local Economy in Japan, Cabinet Office, Government of Japan. In 2013-2015, he was the project leader of the Project on Sustainability Transformation beyond 2015 (POST2015), with support from the Environment Research and Technology Development Fund, Ministry of the Environment, Japan. Kanie has been a founding member of the Earth System Governance Project and a member of its Scientific Steering Committee since 2009.