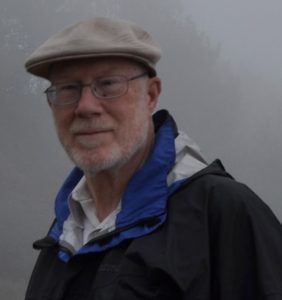 Oran R. Young is professor emeritus and co-director of the Programme on Governance for Sustainable Development at the Bren School of Environmental Science and Management at the University of California (Santa Barbara), United States of America. His research focuses on theoretical issues relating to the roles of social institutions as governance mechanisms with applications to matters of governance relating to climate change, marine systems, and the Polar Regions. He also does comparative research on environmental governance in China and the United States. Young has been involved in leading position in global change research for several decades, among others as founding chair of the Committee on the Human Dimensions of Global Change of the US National Academy of Sciences; chair of the Scientific Steering Committee of the international project on the Institutional Dimensions of Global Environmental Change; founding co-chair of the Global Carbon Project; and from 2005 to 2010 the Scientific Committee of the International Human Dimensions Programme on Global Environmental Change. He is the author of more than 20 books. His recent books include On Environmental Governance: Sustainability, Efficiency, and Equity (2013) and Governing Complex Systems: Social Capital for the Anthropocene (MIT Press 2017). Young supports the Earth System Governance Project as a distinguished member of its Lead Faculty. Recognizing Young’s foundational work for the earth system governance research tradition, the Project has named its premier early-career award in his honour.