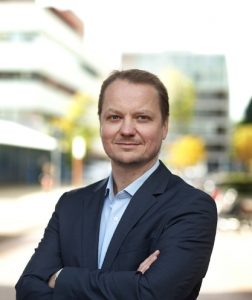 Frank Biermann is the founding chair of the Earth System Governance Project. He has led the Scientific Planning Committee for this project from 2006 to 2009, and since then the Scientific Steering Committee of the Project. Since 2015, he is research professor of Global Sustainability Governance with the Copernicus Institute of Sustainable Development, Utrecht University, The Netherlands. Biermann’s current research examines multilateral institutions, options for reform of the United Nations, global adaptation governance, Sustainable Development Goals, the political role of science, global justice, and conceptual innovations such as the notion of the Anthropocene. Biermann sits on numerous boards and advisory councils, and is frequently invited to governmental commissions and panels and has spoken among others in the United Nations General Assembly, the European Parliament, and the European Economic and Social Committee. His most recent books are Earth System Governance: World Politics in the Anthropocene (MIT Press, 2014) and Governing through Goals: Sustainable Development Goals as Governance Innovation (MIT Press, 2017).